Previously we discussed building an iPhone Unit Testing Toolkit. I wanted to reuse that work without having to repeat those configuration steps every time I started a new Xcode project. Xcode provides a number of templates or starting iPhone applications so I made my own versions which include all of the unit testing tools we rely on.

To reuse my templates checkout a copy from http://svn.carbonfive.com/public/jonah/Xcode-templates/Xcode/ to “/Library/Application Support/Developer/Shared/Xcode/” and restart Xcode. 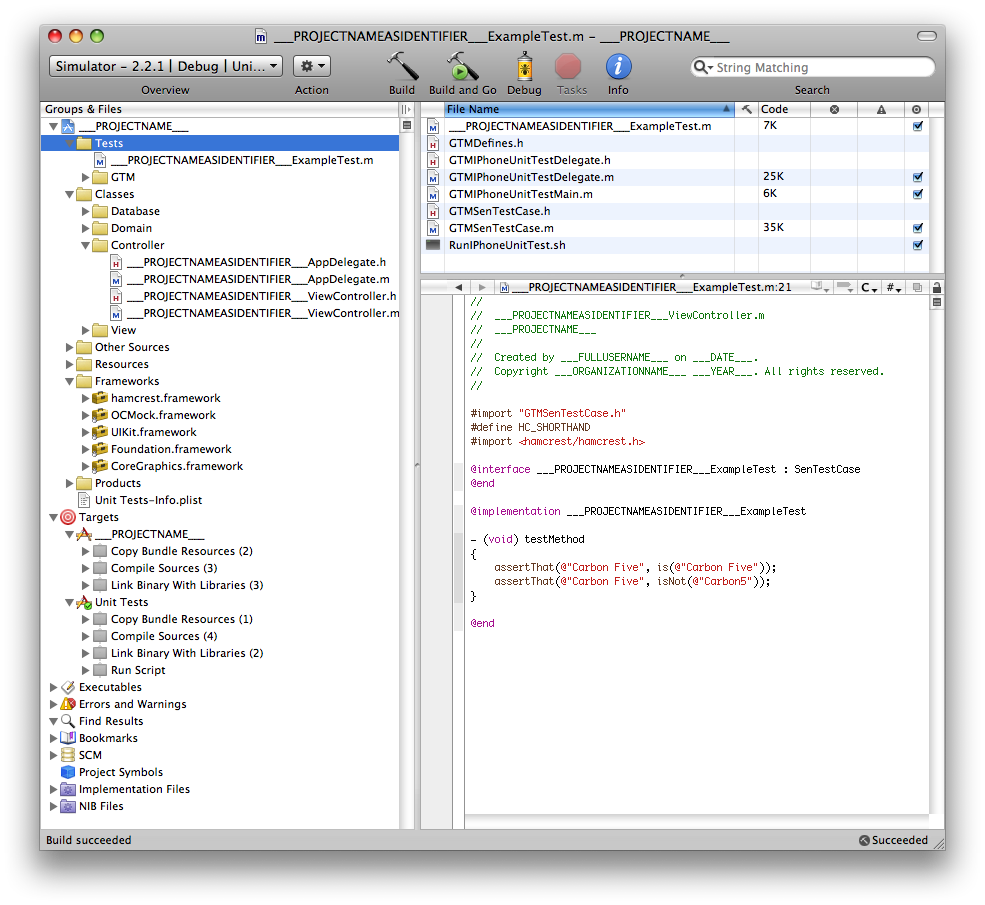 While setting up the project and testing its configuration Xcode created a bunch of files I did not want as part of my template so when I finished with the project I deleted both the build products directory and the user specific settings files inside the “___PROJECTNAME___.xcodeproj” package. I also editted the template description in “TemplateInfo.plist”.
I restarted Xcode and could start a new project using the template by selecting it from the User Templates section of the New Project dialog. 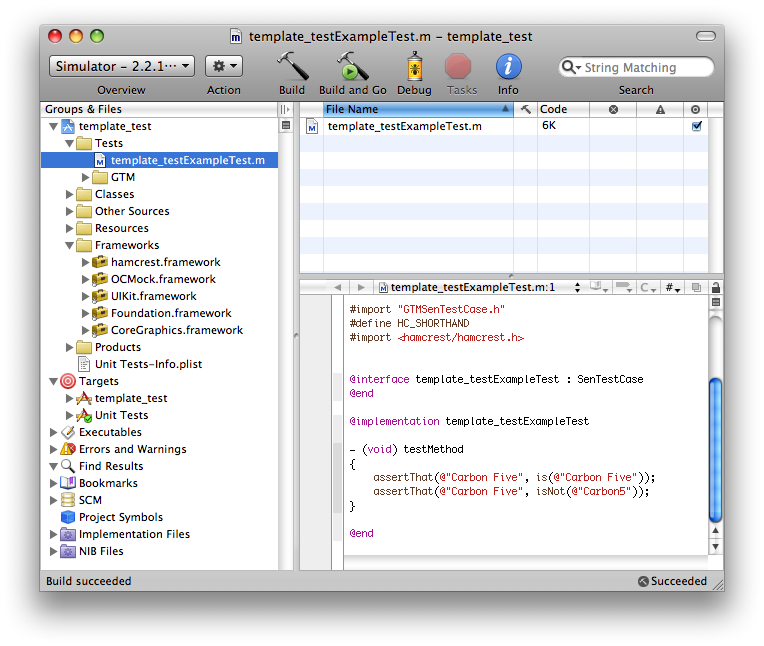 Creating a project from my template was handy but I wanted a faster way to build individual test classes as well so I wrote a file template. 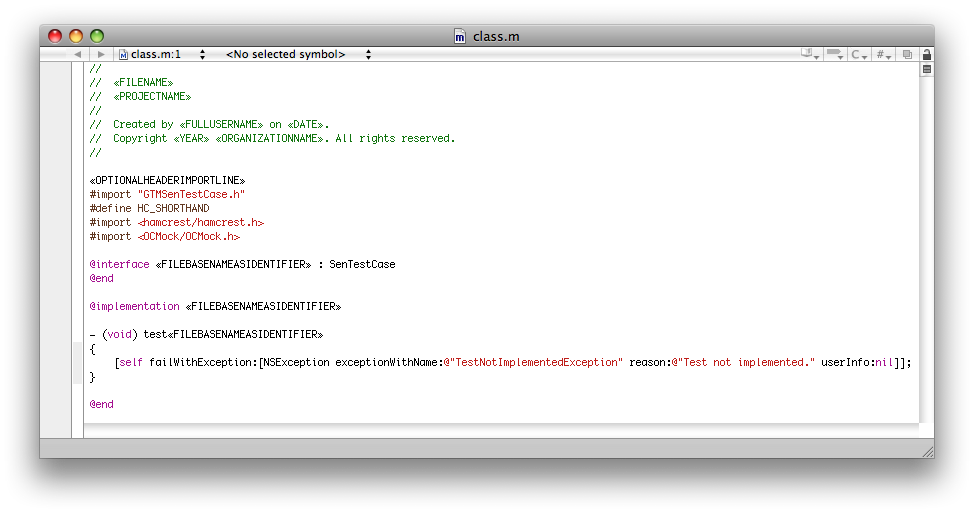 After restart Xcode again I could create test classes based on the template using the “New File…” menu. 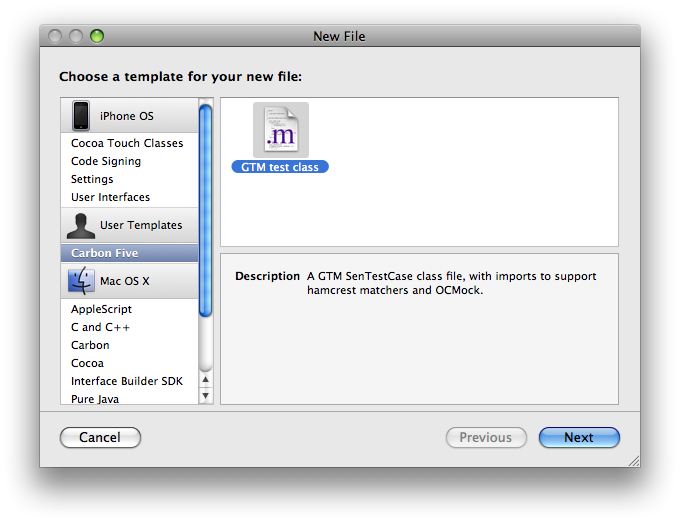 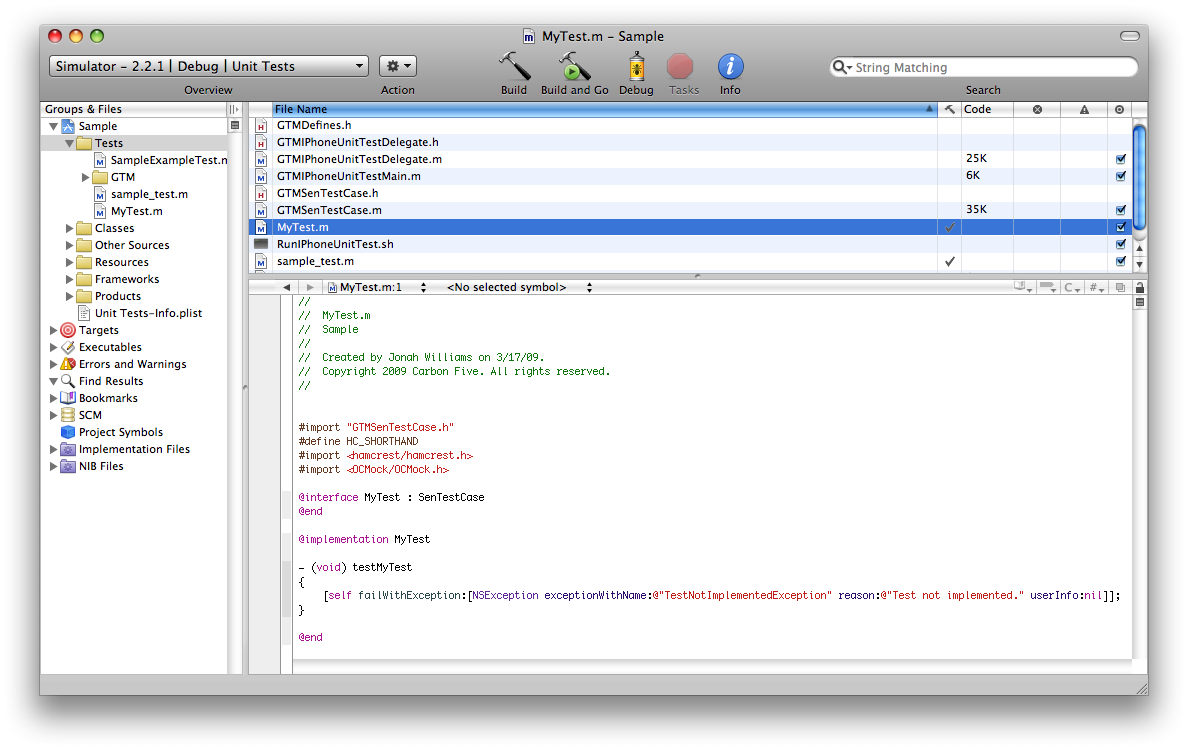 A couple dozen unit tests later I’m happy not to be repeating even this minimal amount of configuration each time I start a new test.

If you’re developing in Xcode I’d like to hear what sort of project setup you use. Are there libraries or frameworks you always include? Class files you have, or wish you had, created templates for? Do you use Apple’s default resource groups or have you established your own conventions for organizing your projects?