Our client, Iron Gaming, announced the release of Rezli today at the 2050 Events Daytona Conference. Iron Gaming is a major player in eSports tournaments, offering live streaming of gaming events that have developed a massive following in the gaming community. They came to Carbon Five looking to develop an online product that would suit the needs of their existing user base. Rezli fills that gap by connecting gamers to each other and gaming organizations, much like LinkedIn does for job seekers.

Working with Carbon Five was a great strategic move for us. We had just made a breakthrough on the product design we were aiming for and needed a seasoned group of developers that were focused on delivering quality Ruby code in an agile environment. Alex and his team stood out among the rest and were perfectly located in our shared Gig City.

We in the Carbon Five Chattanooga office were particularly excited about this project. It was our first opportunity to work with a client based not just outside of California, but just down the street. Although the team was distributed across Chattanooga, New York and Atlanta, the ability to have face-to-face conversations with the client in Chattanooga was a pleasant change.

We were also able to bring in Janet Brunckhorst, one of Carbon Five’s product managers, to consult on user testing. Carbon Five has been expanding it’s expertise over the last few years, and the ability to bring in this type of knowledge on short notice was a real advantage on this project.

Iron Gaming was successful in hiring a local team and will soon be bringing their Rezli development entirely in-house. We will be sad to see this client leave the office, but we’re excited to see them grow and wish them all the best for the team, the product and the company. 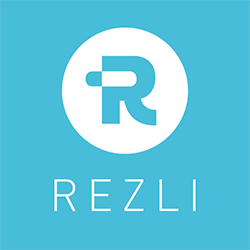