Congratulations to our good friends at the Asian Art Museum, who have been named as finalists in two categories at this year’s International Design Communication Awards: “Best Exhibition Communication” for their Lost Warrior campaign and “Best Web Site” for their new web site, designed and developed by Carbon Five.

We’re proud of the work by the team here at Carbon Five, which included Kasha, Elias Crouch, and Jon Rogers; and we’re especially thankful for the opportunity to work with such a great organization and digital team at the Asian Art Museum, including the incredible Manager of Web and Digital Media, Janet Brunckhorst. 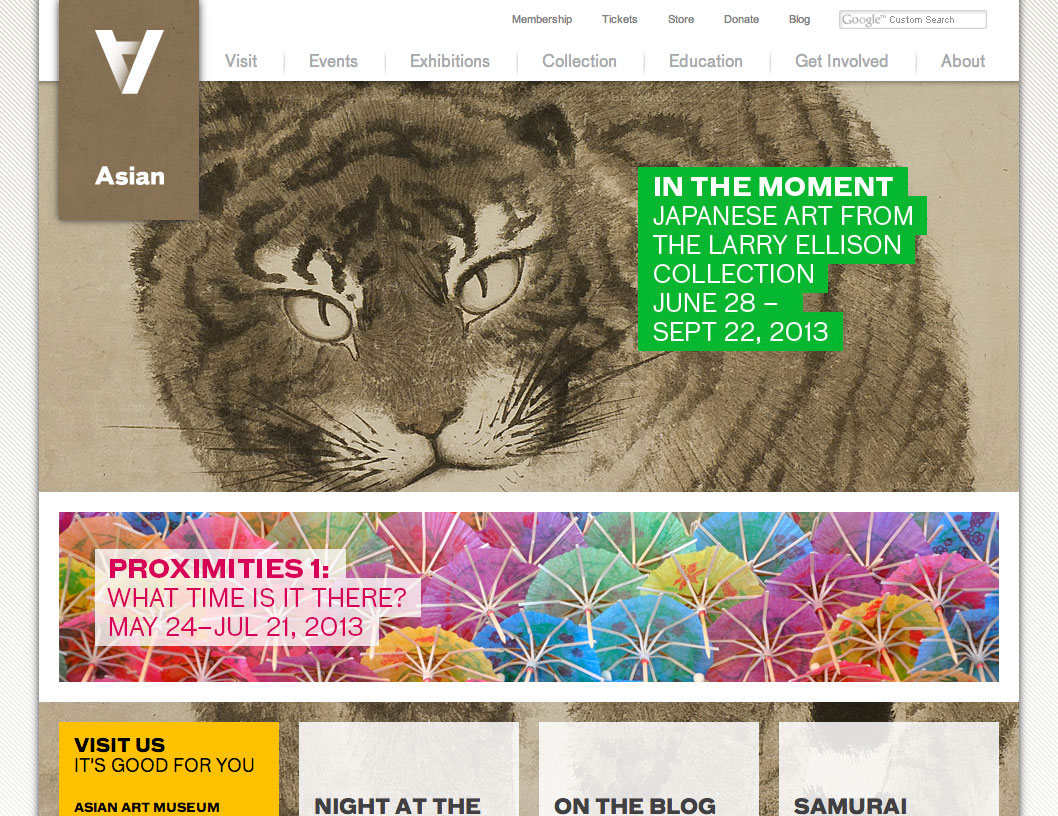 According to Janet, the nomination is a nice acknowledgement of entire team’s commitment to quality: “We’re seeing that commitment pay off every day in our stats; we know our site is delivering more to our users and to our institution. But it’s always nice to be acknowledged, and this nomination helps us to showcase the ways we’re beginning to use digital technology to better serve our visitors.”

Designer Elias Crouch echoed Janet’s sentiments, saying the nomination “shows that we struck the right balance of technology and design. In other words it means we did our jobs right.” He added, “It never felt like work. The team was fluid and adaptable and we were all excited about the museum’s goals.”

The winners will be announced during this year’s Communicating the Museum conference in Stockholm. Until then, read:

About The Asian Art Museum Redesign