We’re catching up with some of the most inspiring founders we’ve worked with to share insights and advice from their experience of starting and growing businesses. Recently, we worked with the Joyable team on their iOS app, and we were inspired by their customer-focused mindset. For those who are not yet familiar, Joyable offers an online Cognitive Behavioral Therapy program to help individuals overcome social anxiety. Every decision made by Pete and Steve from the outset was validated by real consumer experience.

We also published an extended version of this interview on Medium.

1) What was the “aha moment” that motivated you to start Joyable?

Pete: I knew I wanted to do something in healthcare, and I wanted to see problems on the ground [and] do some customer development work. So I convinced some doctors at Stanford Hospital, where I was in business school, to let me shadow them. I followed doctors in the emergency room for eight hours a day. It was fascinating and really fun. As anyone who works in a hospital will tell you, there are many things that can be improved in hospitals— even at great hospitals.

That hit me really hard. This idea that someone was in bad enough shape that they went to an emergency room, and they were being told to wait three months. – Pete Shalek 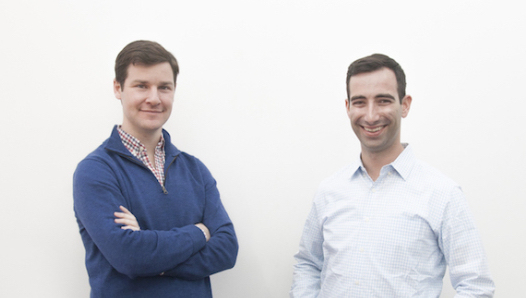 But the thing that struck me most was the number of people who came in to the emergency room every day with behavioral health issues. They may have had a panic attack and mistaken it for a heart attack. Oftentimes, the doctors there 1) aren’t trained to treat them, because it’s not their speciality and 2) the people they wanted to refer these patients to — great psychologists, behaviorists who were near campus— oftentimes had three-month-plus waits. That hit me really hard. This idea that someone was in bad enough shape that they went to an emergency room and they were being told to wait three months. It felt like there was some insight there. We needed to find a way to increase supply of effective solutions for mental health issues.

I actually came out of that time in the hospital with a long list of problems. The question was which of these could be solved in a way that would allow you to build a business. Behavioral health started with that insight, and it was validated over time by tests we ran that there was real need direct to consumer.

Steve: I experienced the problem firsthand. I had a number of family members and friends who had suffered from a range of mental health issues and I had a close friend who went through a bout of acute anxiety in 2013. It was really eye opening to me how paralyzing it could be and how hard it was to get help.

I helped lead the search for treatment, and I found that there were so many barriers. What is my friend is experiencing? What do you do about it? Who’s good at helping people? How do you get in the door with them? And in many cases, most importantly, how do you pay for it? On the other hand, I learned that in the clinical world, this is a relatively solved problem. There is an evidence-based treatment that has been around for decades and works an enormously high percentage of the time. It’s not that complicated, all things considered, and it definitely doesn’t have to be that expensive.

At the beginning, he was selling me on it, and by the end, I was selling him on it. – Steve Marks

Simultaneously, Pete and I would get together about once a week, and I’d hear what he was working on [with Joyable]. He’s one of my closest friends from business school. My passion for the idea grew as I was watching the experience unfold [with my friend] and seeing how incredibly hard it was to get help. Long story short, he started looking for someone to work with. At the beginning, he was selling me on it and by the end, I was selling him on it.

I created an incredibly hacky prototype which was a three-week online program overcoming social anxiety…[Then] I posted on Craigslist and said, ‘Sign up for this three week course and pay $20.’ – Pete Shalek

2) How did you know that you were onto something?

Pete: I created an incredibly hacky prototype which was a three-week online program overcoming social anxiety. It was videos hosted on YouTube, it was activities that were done in Google Forms, and the coaching was done by me, primarily over email. There was almost nothing there. It was really, really hacky. I posted on Craigslist and said, “Sign up for this three-week course and pay $20.” I did this in a few cities and within 48 hours, around 175 people [said] they were interested. And I thought, Oh my god, there’s something here. I got on the phone with each person. My wife works at Square so I used a Square reader…they paid for it and I led them through this course…

I got enough people to do it that it was clear there was some pull for this type of product. I learned a ton. People said their anxiety declined. We did a very loose self-report on anxiety decline and got some satisfaction numbers. People were really happy with it. I saw what people liked and didn’t like about coaching. It’s a far cry from our product as it is today, but it was a very rough MVP that gave us a first sign that there was demand in the market. Then, as Steve mentioned, we started working together, and that’s when we started building the first real version of Joyable. [The] next risk that we started to work on was [trying to increase] the outcomes.

Steve: Yeah, we started from the principle of not wanting to sell something that didn’t work. That was the very first thing: prove this works. When Pete and I formally started working together, he had done the work he just described in trying to establish in a very lean way, if there was demand…It [felt] worth investing some of our time to build a more real version of the product. More fulsome. More trust-inspiring. A full cognitive behavioral therapy [CBT] program that we would expect to deliver outcomes and substantially reduce anxiety.

So we put our heads down and spent three months building that product. Then we had a Beta [signup] which we distributed to…a bunch of people…We coached them through, at that point, a three-month online program that was based very closely on CBT with coaching. We had sat with our program architect [Dr. Lisa McTeague] at a whiteboard and sketched out what CBT is and what the evidence supports. Then, we created the product and got people through it, and the outcomes were really exciting.

Outcomes first. The core of what we do is help people, and if we ever forget that this business is meaningful, it’s nowhere toward our mission. – Pete Shalek 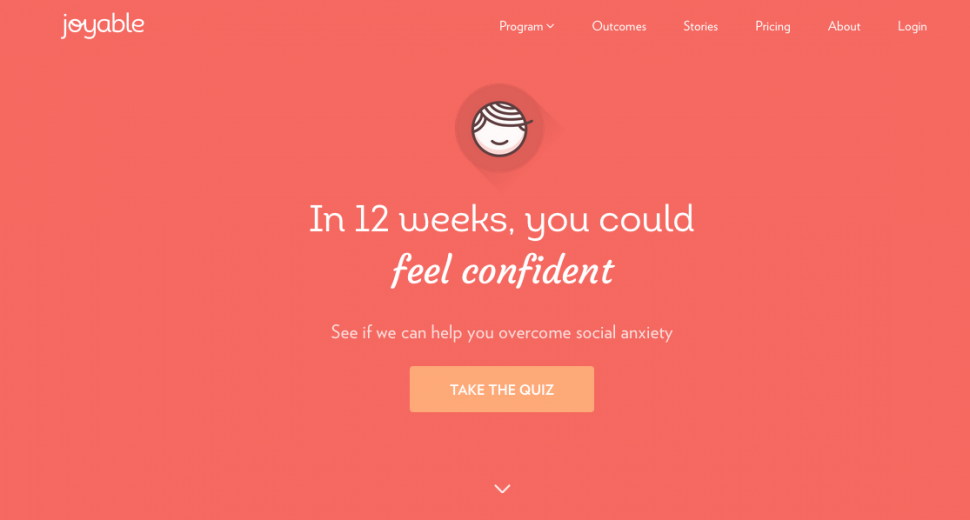 3) What did you get right in the early days of Joyable?

Pete: Outcomes first. The core of what we do is help people, and if we ever forget that this business is meaningful, it’s nowhere toward our mission. We really have built that into the DNA of the company — that everything always happens in the context of outcomes.

Steve: That was the same thing I was going to say. 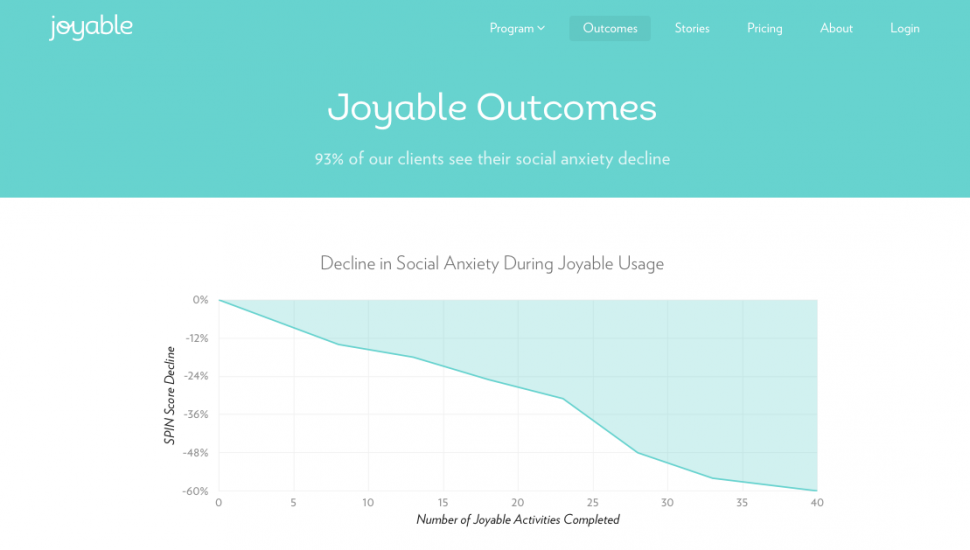 The place we started was very by the book, what we know is what the evidence supports…but if we had learned sooner about the opportunity to innovate on this and engage people better, I think we might even be a little further along. – Steve Marks

4) What’s the one thing you would change if you could go back and do something differently?

Pete: We designed the initial program with this idea — and I think this partially comes because neither Steve nor I were product designers — that we wanted to create an open-world tool that anyone could use however they wanted. Yeah, I think tool’s the right word for it. It wasn’t a product. Systematically over time, we’ve found that more guidance is helpful for people. Figuring out what to do is really hard, and we realized we should own that with the software, and the [client] should be in charge of doing it. So if I could go back two years. I would have architectured a much more tightly-constructed program. Maybe it wouldn’t have applied to as many people, but it would’ve been much simpler for that group of people.

Steve: I’d probably say something pretty similar. There are lots of little things I can think about. There are lots of people I wish we’d hired far sooner who’ve made an amazing impact on the business. But it’s so easy to say that hindsight is 20-20. Actually, I think a couple days before Beta was out the door, Pete said “Oh, I wish we had done this totally differently.” [Laughs]

Steve: You learn so much along the way, that it’s easy to…say we would have done it differently.

We’re facing a really challenging user experience problem. How do you get people through a moderately complex, nuanced program? How do you get them to see that they’re making progress? There was probably an opportunity earlier…to innovate on some of the ways we can get people through [the program]. The place we started was very by the book. What we know is what the evidence supports. We’re starting with the outcomes. We’re taking so many risks, let’s not try to create a new program too. And I am so glad we did that. But if we had learned sooner about the opportunity to innovate on this and engage people better, I think we might even be a little further along.

Hiring great people is hard. It is incredibly time consuming. We spend, as a company, probably as much time on that challenge in some ways as on any other. -Steve Marks

5) What’s the biggest challenge you guys are facing now?

Pete: Adherence. How do you empower and motivate and inspire someone to go through a process of behavior change that’s hard? We have great adherence numbers on a relative basis to other online programs, but that remains the biggest challenge in behavioral health broadly. Whether it’s quitting smoking or weight loss or overcoming social anxiety — how do you help people do the hard work to see benefit? We know what people need to do, and they can do it, but it’s…hard. Making that as easy as possible is our number one challenge today.

Steve: I totally agree with Pete but I’ll give a very different answer. Hiring great people is hard. It is incredibly time consuming. We spend, as a company, probably as much time on that challenge in some ways as on any other. We’ve worked really hard at it, and we’ve been very fortunate to hire an amazing team so far. Continuing to have a really high hiring bar and bring in people who can take the company to the next level continues to be a huge focus for us.

Pete: We are always looking for really talented people to come join the mission. Drop me or Steve a line – it’s peter@joyable.com and steve@joyable.com.