We’ve heard lots of feedback from those of you using Stickies.io. Today, we launched a few small updates. Here’s what’s new: 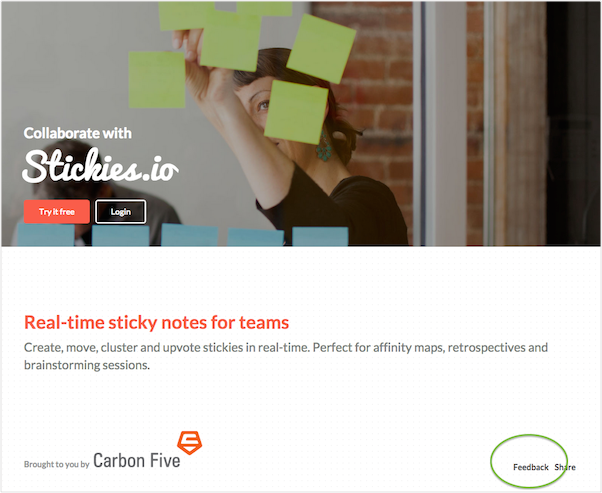 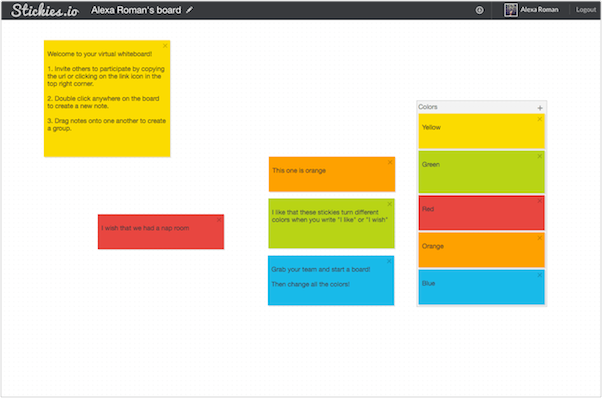 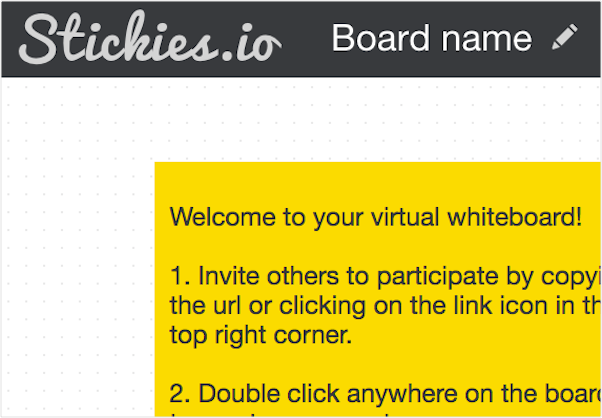 4) Most importantly – we dropped the name Boardroom. You might be thinking – what’s Boardroom? Exactly.

For those of you who don’t know, Stickies.io is Carbon Five’s free online, collaborative brainstorming and retrospective tool. The project started as a Node Knockout submission years ago (originally called Boardroom…well, originally-originally called Retroflection which was a mash-up of…nevermind). Anyhow, we’ve been slowly work on it – responding to Tweets and pull requests on Github ever since.

Try it out and feel free to send us your thoughts at stickies@carbonfive.com. We have a couple of big new features in the pipeline, but we’re excited to hear your thoughts as well.