The Junior Jump – A Retrospective

One of our goals here at Carbon Five is to play a bigger part in mentoring the growing community of junior developers. Last week, we took a big step toward that goal by hosting our first ‘Junior Jump’ event in our Santa Monica office. The event, a follow up to this blog post, was centered around helping junior developers learn more about working in a professional process, and giving them tools that they would be using on day one of a real product team. 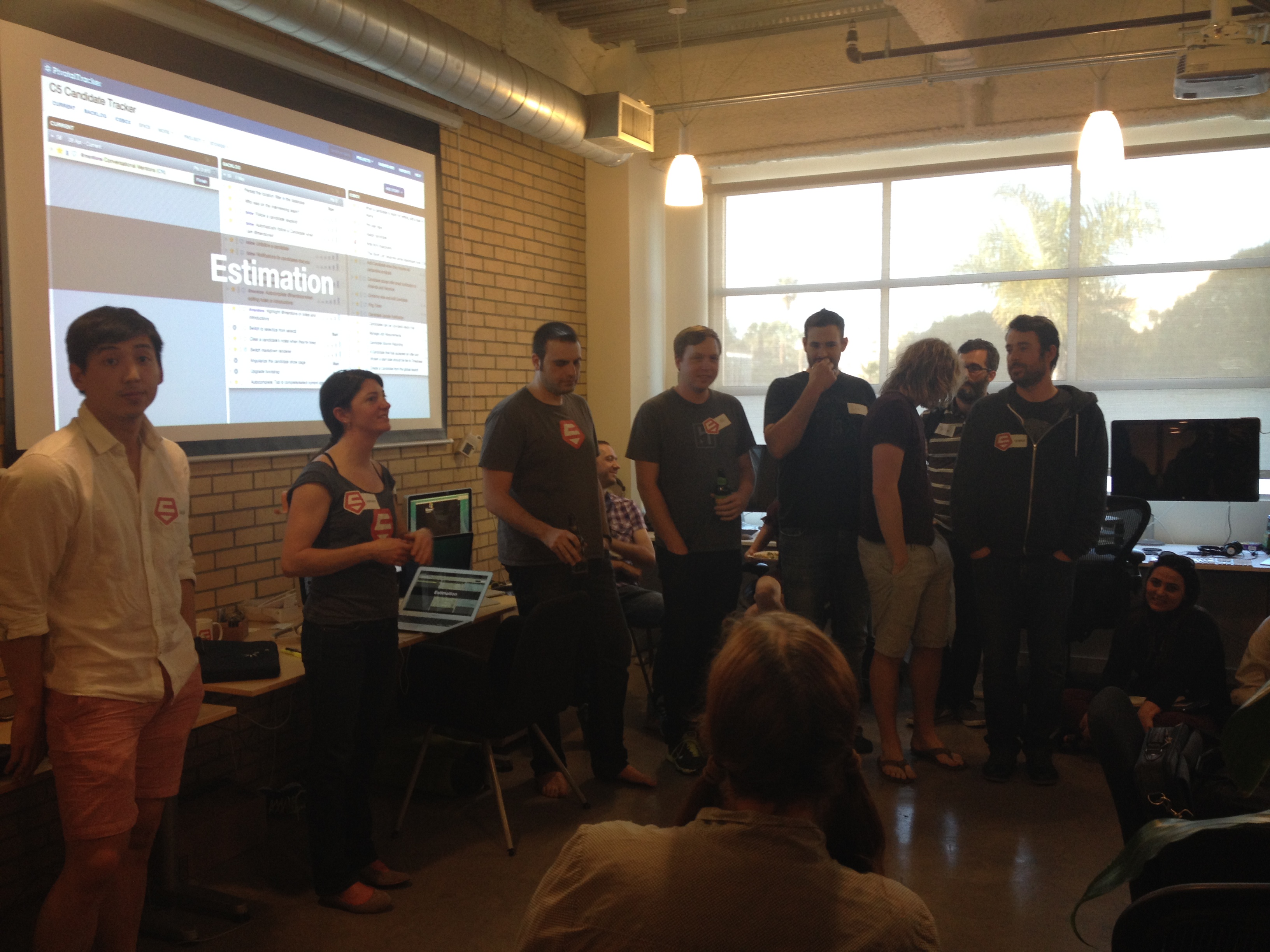 A professional development environment is something that’s hard to replicate in a code bootcamp setting, which is why we dropped them into one of our smaller internal codebases. It was big enough to be simulate starting at a new job, but small enough that the domain could be understood after a small discussion. The focus was not on code, but on all the communication that happens in the day-to-day of an engineer. We went from story-writing and estimation, to coding, all the way to an end of event reflection, mimicing the weekly cadence we generally run here at Carbon Five.

The event was an unrefined pilot. A user-test to determine what the junior developer community really needed. And after our retrospective, we came to a few conclusions. 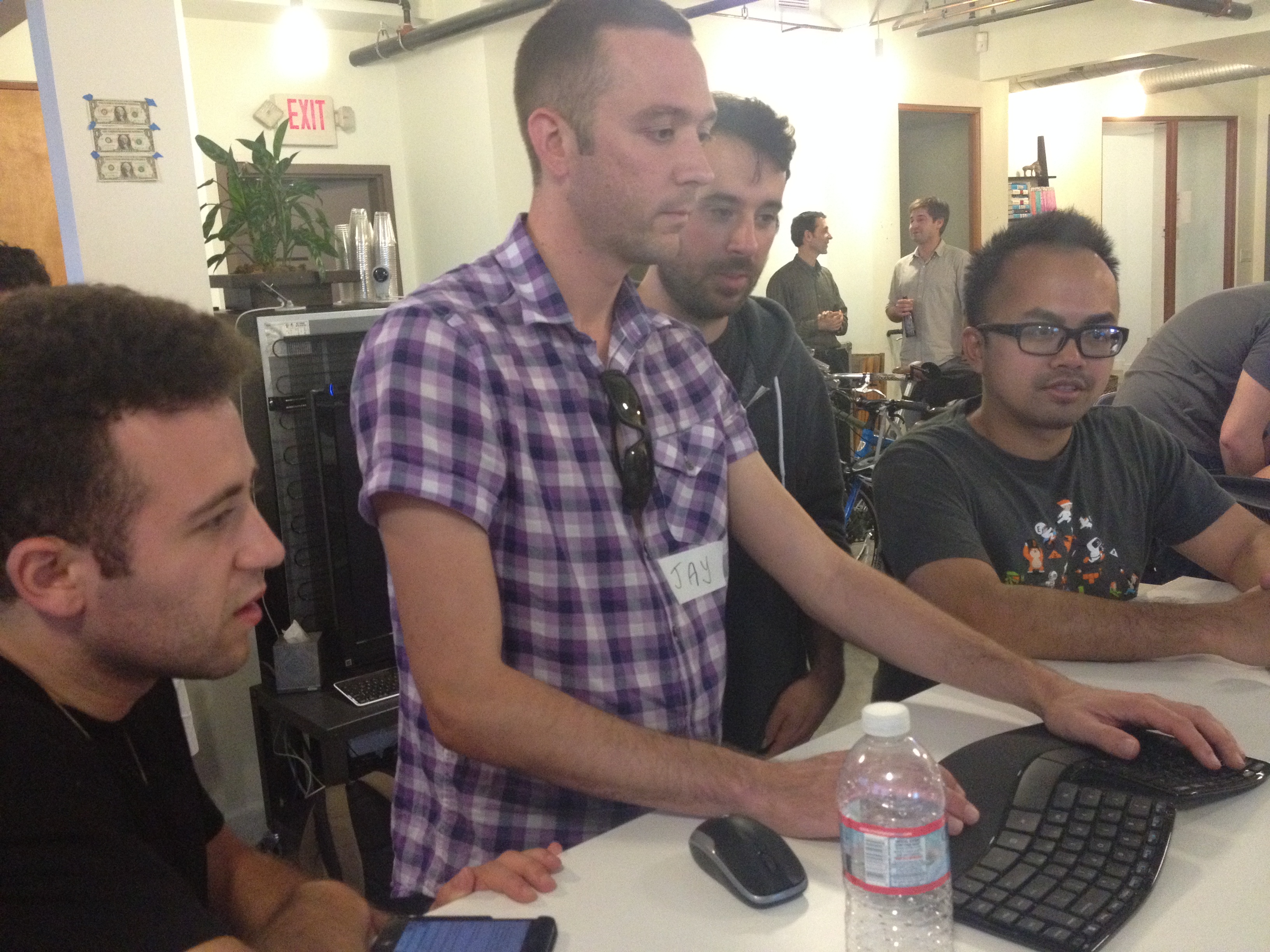 Before the event, our fear was that the mentor to mentee ratio would be too low and that the junior developers wouldn’t benefit from ‘pairing’ in a larger group. The retrospective, however, showed otherwise. The goal was to help students build knowledge of tools around coding, but at the end of the night, the ‘I likes’ on the retrospective board were concentrated around the benefit of simply writing code with senior engineers.

Students were thrilled about the limited coding time they had with seniors, even when they were in groups of 3-8 people. Many of the ‘I wishes’ were centered around a desire to code more.

Context Around the Process 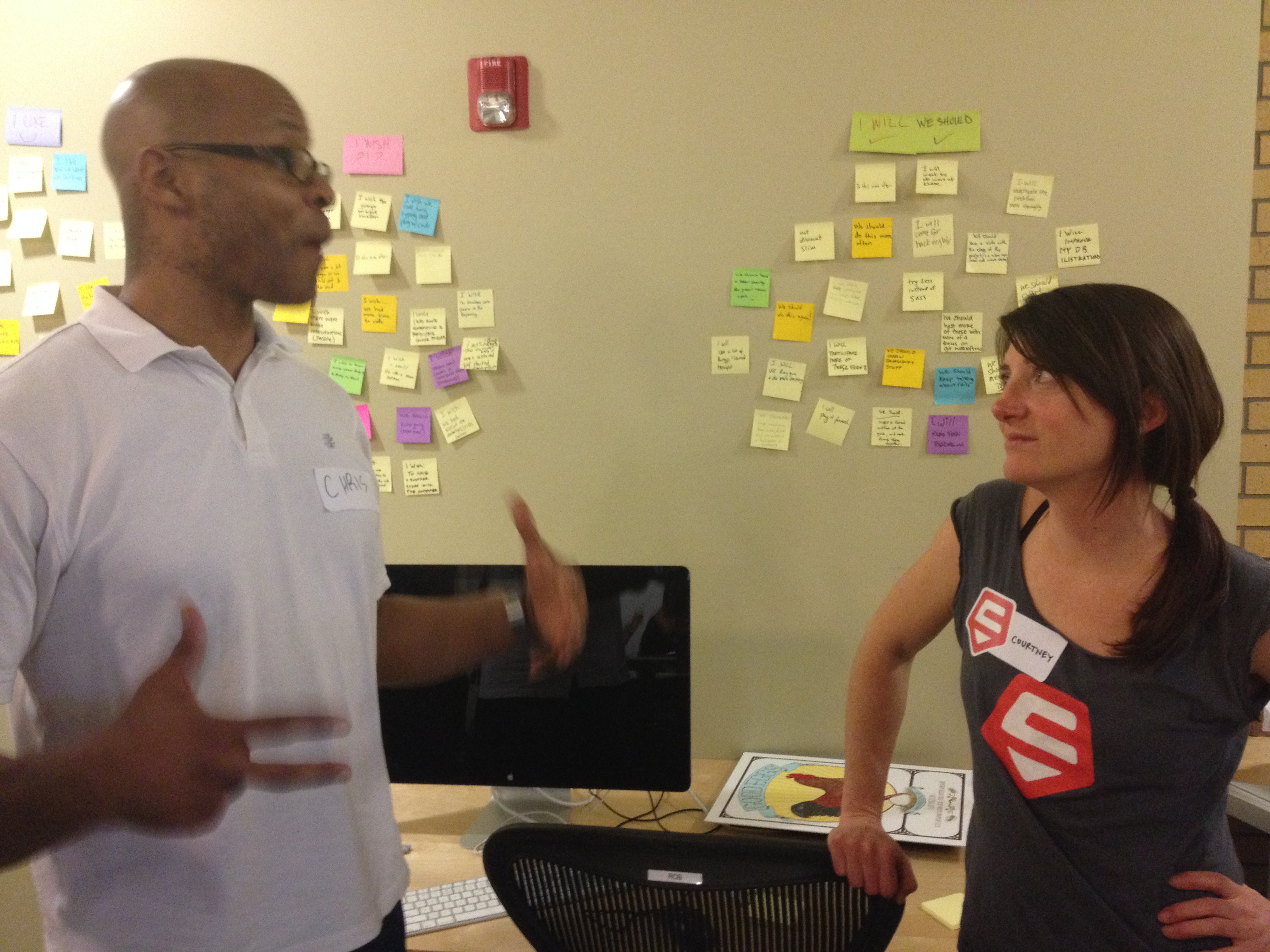 We tried to define ‘success’ as picking up new tools around process, but ultimately, working on code within the context of the process was the thing that would give the students a greater sense of progression in their knowledge.

As professional engineers, we generally define success as completing and delivering the story. All the other pieces are put into place so that we can be successful with more efficiency and reliability. In future events, we need to give our mentees more time to finish their stories while using a process to their advantage so they know how all the pieces fit together. 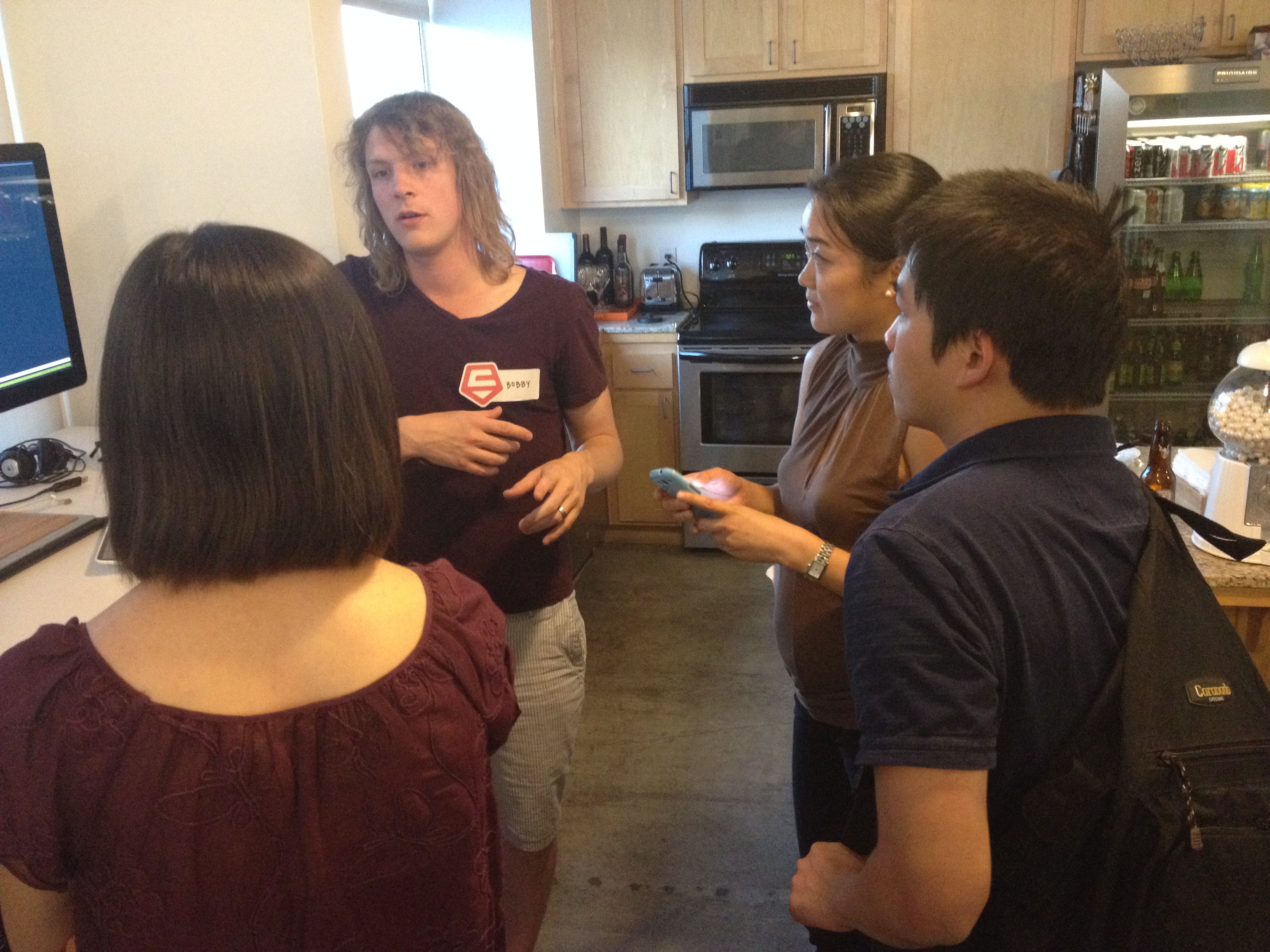 In order to find a timeslot to plan the event, we cancelled a previously scheduled Hack Night. Switching the events led to a more mixed audience than we expected.

One of the reasons Dev Bootcamp was so successful for me was that it created a comfortable space for me to struggle while learning software with people in similar situations. Through these events, we have to create the opportunity to create a similar space for junior developers to work on their skills and learn. However, in order to do that, we must do a better job of finding time, and reaching the right audiences.

Tapping Into the Community 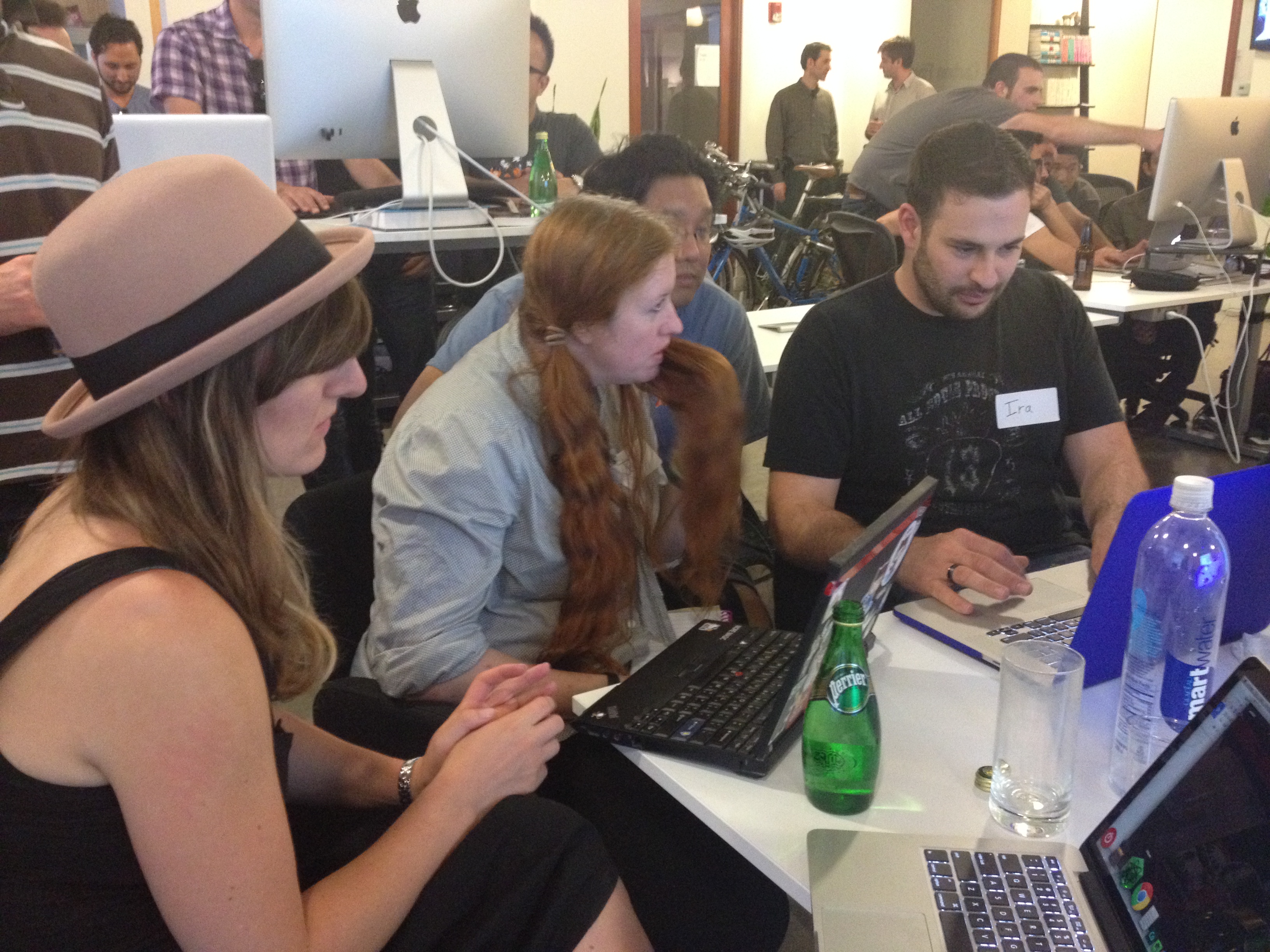 Prior to the event, a group of Carbon Five developers was sent back to SFO from LAX because of a bizarre radar glitch grounded all planes in the greater LA area. Luckily, a few General Assembly folks, Ira, Phillipe, and Kit, stepped up to fill their roles as mentors.

Getting this different perspective on the process was a huge positive for the event. Having a heterogeneous knowledge base among the mentors gave us an opportunity to learn from each other and give the mentees a better learning experience. As we move forward, we need to find a way to bring in developers outside of Carbon Five to help diversify what and how we mentor.

Even though we touched on all the things we wanted to, it was easy to see that simulating a full work week in a 3-hour window was ambitious. Narrowing scope, reaching a more targeted audience, and tapping into the greater development community are just a few ways we can refine the event for future iterations.

What would you like to see, learn, or take away from our next event? Leave us a comment!