In Part 1 of this series, we introduced a high-performing engineering team at SuperStartupCorp that had automated repetitive tasks, codified its engineering practices, and adopted a learning mindset, resulting in happy engineers and happy stakeholders. Read on to learn more traits and practices that make this team so successful, and how they keep their bus factor high. (If you’re feeling extra adventurous, you can head on over to Part 3).

4. They spread knowledge around 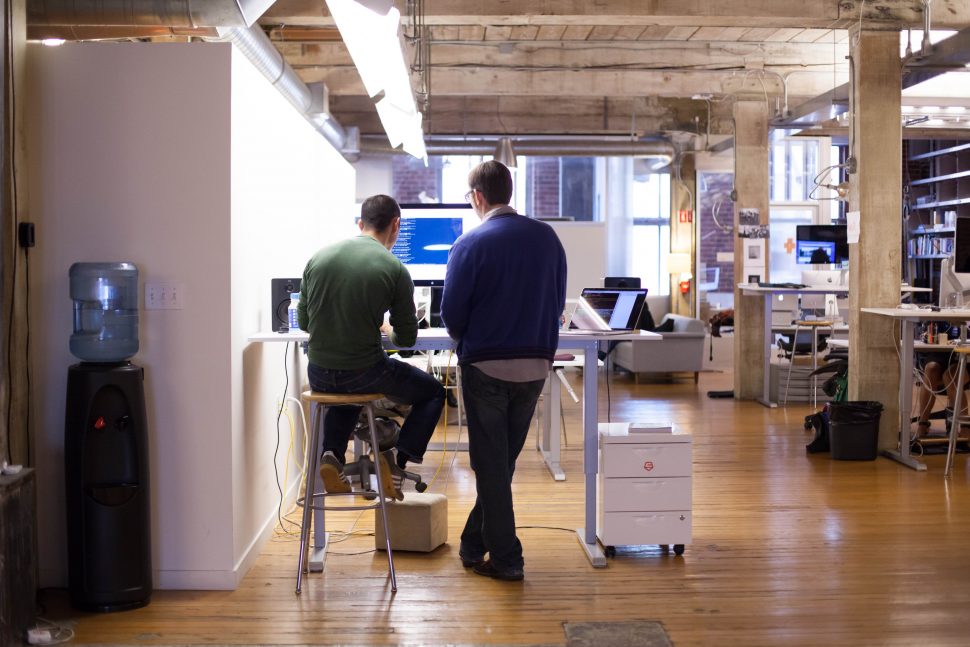 SuperStartupCorp engineers were well-rounded engineers, each familiar with multiple aspects of the codebase. The team was familiar with the “bus factor,” the slightly morbid term for the number of stray buses that could take out members of their team – and perhaps their company. The bus factor represents the number of people that your team can sustainably continue working without – whether they are out attending to a personal emergency or simply on vacation.

How does a healthy team keep a high bus factor – making sure their teams are able to sustain unforeseen people emergencies?

Do you know how to pair? Here are some practices that have worked for this team:

Code reviews ensure that the team is aware of what all other members of the team are doing. Much like pair-programming, the code review is a place where the team can discuss new architectures, or share knowledge about the code that the original implementer may not have noticed.

Engineers at SuperStartupCo practiced code reviews in many forms, including:

In the old days at SuperStartupCorp, tasks were preassigned to the team: “In this sprint,” the project manager might have said, “Jim is committing to building the Create Session API. Susan is committing to implementing the mobile login screen.” After all, Jim works on the backend and Susan works on the API. However, pre-assigning developers crippled organic cross-pollination that could have happened by working together on the backend and front-end together. As a result, Susan would subtly feel disempowered to work on a Session API story with Jim, and likewise, Jim with Susan on the mobile client.

Giving developers the ability to pull from the backlog empowers them with the freedom to work on systems they want to enhance. Together with product management, they decided to change their process. This time around, the team would be empowered and encouraged to “pull” and choose work items in the backlog on their own volition.

On his own, Jim chooses to work on the Create Session API, joined by Susan as a pair because they both know they need to implement the mobile login screen together. By working together, they have a smoother development process because they are continuously in dialogue about the code and the integration requirements. Susan walks away that week with backend API knowledge, and Jim walks away with mobile client experience.

Signs your team may have a poor bus factor:

5. They make feature development and technical debt a package deal

The hallways of SuperStartupCode often reverberated with the anguished cries of pained engineers: “This code is a mess!”. Many a frustrated engineer had quit their job because their codebase only ever got messier and more complex with more feature work as the company rushed their product to market.

Healthy engineering teams address technical debt as first-class work. One effective way SuperStartupCorp’s team made a decision to change and accomplish this was to couple technical debt work with existing feature development: technical tasks like refactoring were scoped within the implementation of a new feature.

The team – product owner and engineers alike – understood that the checkout code was a mess of repeated code, bloated models and a dearth of test coverage. This team agreed that the next feature within the checkout code would include the work to refactor the existing code and add test coverage. When the product owner presents the next phase of work – implementing a Stripe-based checkout flow – the team assigns higher point estimates to those features, discussing the specific types of refactoring that would have to take place before they proceed with the feature.

The net result? The codebase becomes cleaner, more expressive and reliable with every new feature release, resulting in a higher overall throughput for the team.

What if this feature needs to ship ASAP otherwise the company risks bankruptcy?  In cases where technical debt must be paid down outside the context of building a feature, an explicit contract with product ownership may be necessary. Healthy teams will communicate the risk/reward of taking on technical debt tasks in the code.

Three more ways your team can pay down your technical debt:

6. They learn to love slack time

Recently, SuperStartupCorp began introducing “slack time” into their Scrum development process. Prior to this, the company had a history of running its development teams at 100% capacity developing features and fixing bugs. If a developer finished work ahead of schedule, they were given another task to begin. If the developer was running behind schedule, the developer would feel the pressure from the team to deliver, burning the candle at both ends to catch up. The company found that teams consistently over-promised and under-delivered on their sprint commitments, leading to declining morale and burnout. The high-pressure, commitment-driven nature of their process had caused the team to make commitments that they could not deliver on.

Slack, a concept taken from operations theory, states that efficient systems cannot always run at 100% capacity. They need slack – capacity wiggle room – to function optimally. For example, if the team is always scrambling to work long hours to reach their sprint goals, any critical bug that appears out of the blue within a landscape of a stressed-out team will cause more chaos in the project than if the team had been operating at 80%. Slack can take the form of making operational room for paying down technical debt, training an employee, or simply giving employees ample time to rest and work reasonable hours.

SuperStartupCorp’s engineering teams explicitly built-in slack time into their sprints by consciously making smaller Scrum commitments in a sprint. Stakeholders understood that, in this new reality, teams would be empowered to commit less, with the implicit understanding that extra slack velocity would be devoted to working on the system and improving processes. Teams planned to use their extra capacity to work on localized refactoring efforts, learn new languages, tools and techniques, speed up their CI builds, or improve test coverage.

A side effect of slack time is the freedom it introduces into the system for producers to manage their energy, take time to think about problems, and communicate clearly across teams. In other words, once engineers directly recognized slack time as a necessary part of their workflow, the pressure suddenly lifted. Engineers were doing more energized work because they realized they were empowered actors in the production process, and not just drones on an assembly line.

Other ways you can introduce slack time:

In the meantime, we’d love to hear what’s worked for you and your teams. Leave your thoughts in the comments below!